No items found.
Product is not available in this quantity.
IT/EN
About
BookSHOP
Artists
COnTACTS
You can’t talk about innovation without talking about invention

This project was born from the desire to confront ourselves with creative minds coming from different experiences. Each author put us in front of a different challenge and each one of them asked us to go beyond our conventional limits, pushing us to innovate.

You can’t talk about innovation though without talking about invention. Without the latter, the former wouldn’t exist. Let me explain myself. The steam engine is certainly an invention, while the steam propulsion that substituted the wind engine (the sail), was clearly an innovation. What does this distinction imply?

Invention needs but one thing: fantasy, or the ability to imagine an activity that the human being isn’t naturally capable of doing, or in turn an action that no machine has ever been able to do. Nowadays inventions often appear in sci-fi movies; in Renaissance times, they were drawn from Leonardo’s mind, who, among others, was an artist.

The inventive process is thus the fruit of a boundless imaginative capacity, that sets a course without worrying about the finer details but only in broad terms. It’s like this that patents are born, from the fruit of an idea that often doesn’t have the technology available to be transformed into an innovation.

Please allow me a digression to talk about invention. Because I want to ask you if you know an invention that wasn’t inspired by nature. Think about it well while a make some examples. Let’s go back to the steam engine, namely the effect of a flame on boiling water enclosed in a small volume. Aren’t we talking about a geyser? Do we want to talk about the light generated by the electric discharge of a lightning? Or do we want to talk about computers and their logic boards that are nothing if not a primordial copy of our cerebral connections or of the roots and microorganisms that connect all the inhabitants of a wood land? What is the internet if not a primordial copy of such a natural system?

Our fantasy is nothing but a product of nature and as such it’s only capable of imagining things it already knows, but that only few observers and sensitives are able to synthesize. I want with this argue that all of us connected have all the wisdom of the universe that is needed to invent, and that an inventor is nothing but the one that finds something already present in nature and that fantasy allows him to intuit and to relate to everyday life.

To invent then, one only needs the genetic fantasy that a child knows how to express, before it’s castrated by conventions and our partial knowledge. Artists and inventors are in fact endowed with the same capacity for vision. Society divides them by convention at a certain point in history (Enlightenment and Romanticism) segregating them in both cases because too dedicated to the study of nature or too dedicated to the study of the interior world. Today we might have understood that there isn’t an interior world (of the mind, of the soul) and a natural world and that everything is part of the same universal system.

I’m sorry. Let’s go back to innovation. Innovators need to study –and I’m talking to artists and designers- because innovation acts on preexisting complex systems. Today, the innovator must know the history of humanity’s produce (art, craftmanship, design), they must study nature (physics, chemistry, mathematics), production processes (getting their hands dirty), materials, their availability, markets and distribution systems, income distribution, ergonomics, positive psychology, following thus an exquisitely holistic approach. One last thing: true knowledge will bring you to a full understanding of your ignorance. At the exact moment you understand this truth, you will also find out you have the best solutions in your hand, that you are hounded by the simplest and most ingenious intuitions. You will need a humble attitude to get to this. And finally, one last recommendation, don't lose time going after your own gain, try and do something for this mortally wounded world, you'll feel better than someone who won at the lottery.

Now I would like to ask you a question: do you want to be Inventors or Innovators?

This text comes from an interview Alberto Fiorenzi gave to the final year students of the University of Design in Ascoli Piceno in January 2022. 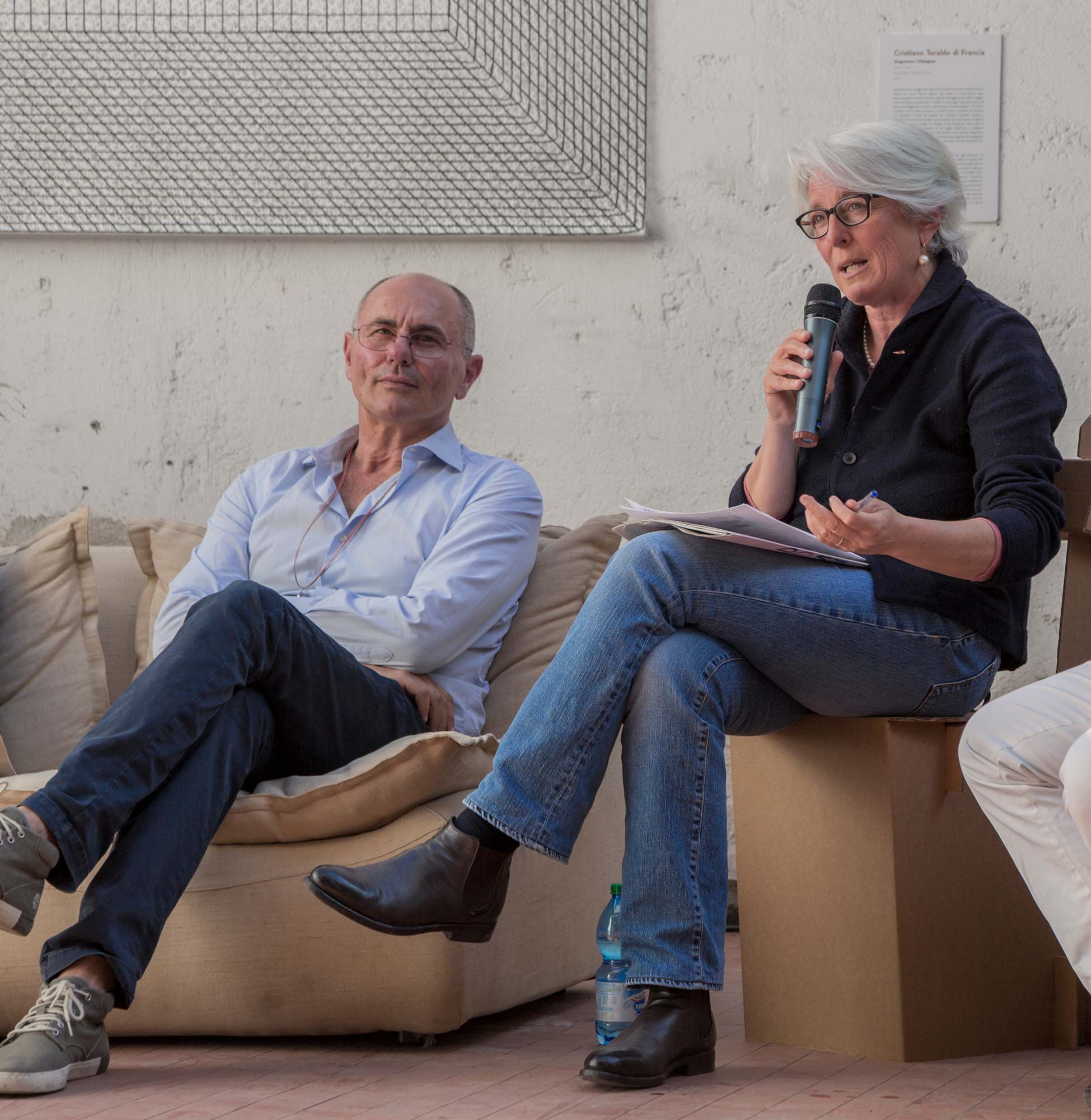